WHY WE SHOULD STOP USING THE TERM 'ACCENT REDUCTION'

Why We Should Stop Using The Term ‘Accent Reduction’
And What To Say Instead.

I say it’s time to let go of the terms ‘accent reduction’ and ‘accent modification’.

These terms have a “negative connotation”. A connotation is a feeling or idea that comes with a word.

‘Accent reduction’ implies that the ‘accent’ a person has is something that should be removed, or reduced. It puts the focus on the accent itself.

In my opinion the term ‘accent reduction’ is old and out dated.

The term ‘accent reduction’ is still around. People still use it but there’s a better option! So let’s grab the better option and go with that.

Yes, I think that ‘accent reduction’ should be gently retired and spend the rest of its days playing golf.

A person’s accent is a wonderful part of their identity. Accents give great colour and personality to the world. They are not something that a person should feel should be removed.

Should A Person’s Accent Be Changed?

Should a persons accent be changed? Well this is a complex topic and there are many different ways to look at this.

Should an accent be changed because it’s an accent? No!

Should an accent be changed just to sound more English? Hell no!

Should an accent be changed because people are having problems understanding that person’s English? Well, now that depends.

Let me explain – It depends on the person and their situation.

For a Greek grandmother living in Australia who interacts with a small number of people who know her well, having unclear English is probably not going to hold her back or cause her much frustration.

For a Spanish speaking Engineeer whose colleagues can’t understand him easily and often ask him to repeat it’s a different story.

Should he work on adjusting certain aspects of his accent to be more clear? I would say for him, it would be a wise choice because it will make his life easier and help him progress in his career.

Let’s think for a moment about what we are aiming for. The term ‘accent reduction’ implies that we need to reduce a persons accent in order for them to become clear. In actual fact, we don’t have to have one in order to have the other.

What are we aiming for?

Clear English! CLARITY is what matters.

We are aiming for clear English that people from all backgrounds understand easily.

So what we are aiming for is clarity.

There are some parts of accent and pronunciation that affect clarity and some that don’t.

You can have a very strong foreign accent and still be clear to listeners.

So it’s not about how strong your accent is, it’s about what particular aspects of your accent affect how clear your English is to listeners.

Let me give you some examples.

A Pronunciation Problem that has a low impact on clarity.

If you use the sound /t/ for ‘th’, so you say ‘tank you’ instead of ‘thank you’ as many non-native speakers do, that does not make your English unclear.

It gives you an accent but everyone understands it perfectly well.

A Pronunciation Problem that has a high impact on clarity.

You might leave sounds off the ends of words, especially if you are a speaker of Thai, Vietnamese, Burmese or Cantonese. Leaving sounds of the ends of words makes many of your words unclear. It also makes you sound like you have poor grammar because you leave off plural /s/ and past tense endings too. This also makes things confusing for your listener because you are leaving out important information that your listeners need in English.

If we go by the ‘accent reduction’ school of thought, working on ‘th’ would be just as important as word endings, as they both affect accent.

They both affect accent but only one affects clarity. Do you see my point?

By calling it ‘accent reduction’ we are focusing on the wrong things! The focus is on ‘accent’ rather than ‘clarity’.

And we don’t need to reduce the accent, we just need to change some parts of pronunciation. For example, if we are aiming for clarity, leave ‘th’ how it is. Focus on word stress, sentence stress, some key vowels and word endings.

In our Speech Active courses, students work on the most important areas that affect clarity first.

‘Accent modification’ is a slightly better term than ‘accent reduction’ but let’s get rid of the word ‘accent’ from the term altogether. It’s not the angle we should be approaching it from.

If we are approaching it from the ‘clarity’ angle – then we should talk about ‘English Pronunciation Training’. This reminds us that the aim here is clear English, regardless of accent.

Should we be aiming for clarity?

I have had some people say to me that people who have English as a second language shouldn’t be expected to have clear English.

What I personally think about this is completely irrelevant. The world decides.

Do you think unclear English will hold someone back in an interview?

Do you think it could be dangerous for a doctor or a nurse to have unclear English?

Yes – of course. In many workplaces, clear English and strong communication skills are expected. There is not a lot you or I can do about that. It’s just the way it is.

So the question each person must ask themselves is “What do I want to do with my English?”.

If you are planning on getting a purely technical role or a role where there isn’t a focus on communication then you might not need clear English.

For most office jobs and in many English speaking workplaces we can’t get around the fact that employers want employees with strong communication skills.

When people say that they don’t think people who speak English as a second language should be expected to have clear English the response is – well that’s a nice opinion to have but what about the real world.

It can help to think about English speakers in your home country. Let’s say it’s Vietnam. If there is an Australian person who speaks good Vietnamese but sometimes their pronunciation is unclear and people cannot understand them easily. Would this affect what job they are able to get and how well they perform their role?

Of course it would. This is applicable to most parts of the world. The expectations are similar. People need to understand each other easily to be productive.

In saying that, people are getting better all the time at understanding all sorts of accents. And this is truly wonderful. Thanks to TV, movies and podcasts we hear lots more different accents all the time.

So we are all getting at better at it which is making it easier for people of all backgrounds.

But if your English is sometimes unclear we need to be realistic and recognise that it could hold you back in a job interview and in English speaking workplaces.

What about people who really want to lose or reduce their accent?

I’ve had many, many clients over the years who are clear when they speak English and they do want to simply reduce, neutralise or lose their foreign accent.

While I think their accent sounds beautiful and think they shouldn’t change it, it is not my choice to make!

Usually these people have good reason for wanting to reduce their accent. Many of them have lived in the UK, US or Australia for over 10 years and want to sound more like a local because they feel like a local. They no longer identify with their accent. They are often tired of being asked where they are from and how long they have been there for. They want to sound more like a native English speaker.

Other people are perfectionists! They have put a lot of time and effort into learning English and they want to push their skills to the limit. Again it’s their personal goal and choice.

Even for people who have the goal of accent reduction I think English Pronunciation Training is a more appropriate term than ‘accent reduction’ or ‘accent modification’.

Everyone has an accent! If you want to speak clearer English, it’s not about reducing your accent, it’s about changing certain parts of your pronunciation.

It’s about making changes to the parts of your speech that listeners rely on to understand English words.

I think ‘accent reduction’ and ‘accent modification’ should be retired and we should simply use ‘English Pronunciation Training’ instead.

There. That’s my two cents worth.  (That’s another way of saying, that’s my opinion!).

I hope I have convinced you too that we should let go of ‘accent reduction’ and use ‘English Pronunciation Training’!

Have a wonderful day. 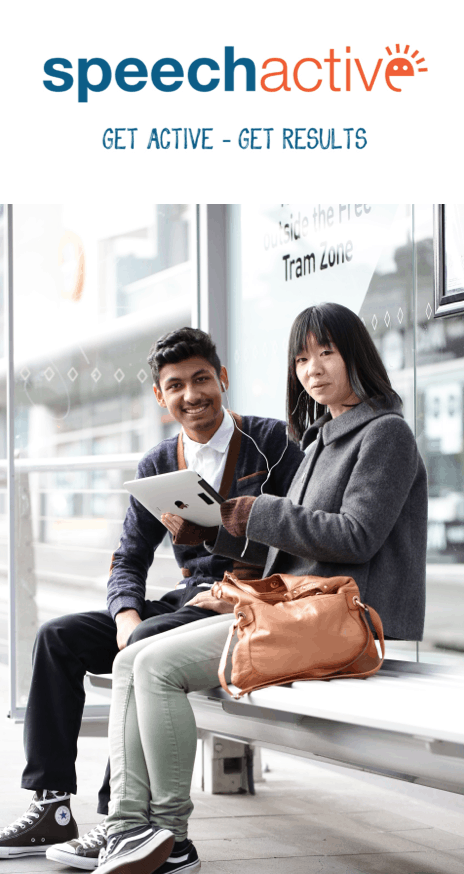 Thanks for reading my thoughts on the term ‘accent reduction’. What do you think?

Speech Active’s award winning courses are tailored for speakers of your first language, include guided assessments, before and after recordings, progress check recording tools in every module, awesome video training with loads of real life practise.

You will love it and find it seriously helpful.

Have a great day. I look forward to hearing from you.

Why We Should Stop Using The Term ‘Accent Reduction’

Georgie Harding has assisted thousands of people from all over the world with improving their clarity and spoken English skills. A Speech Pathology degree and CELTA qualifications and over 15 years of experience providing 1:1, group and online training make Georgie a leader in her field.

Georgie is the creator the world's leading English Pronunciation online courses that are tailored to the language background of the student.

She is a regular presenter at Universities and absolutely loves helping people move forward with better spoken English and more confidence. 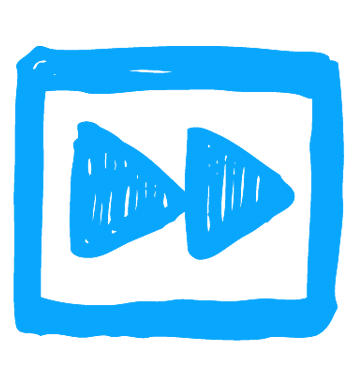 Specialised video and audio training with guided assessments. This course includes everything you need to succeed.  Monitor your improvement with progress check recording tools and quizzes in every module. 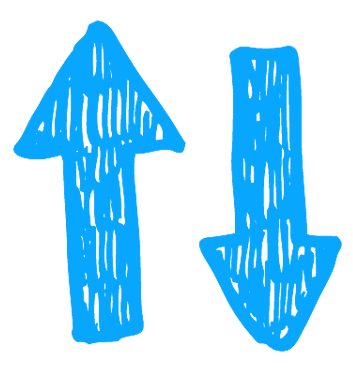 You'll have your award winning course at your finger tips 24/7. Our courses fit around your busy schedule. Learn when you want. Guided assessments included, before & after recordings, forum & more. 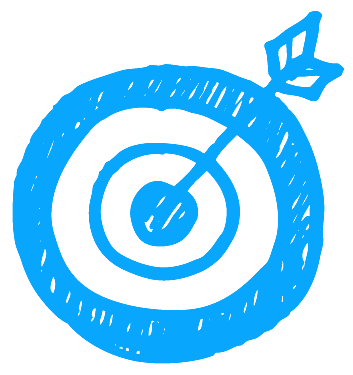 We have different courses for speakers of different languages. Find your tailored course here. You won't waste time working on areas you don't need to. Your energy and time will be spent most effectively. 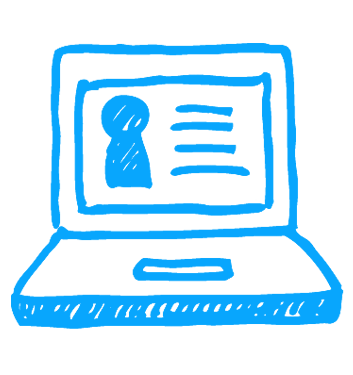 Over 20 hours of specialised training at your fingertips. We're here on the phone for a chat anytime. The course gives you everything you need to successfully improve your English pronunciation and spoken English.